Have you ever made your own pattern or dyed your own yarn? How did it turn out?

About three years ago I started to get bored with making other people’s patterns. I think it came about from having mostly weird sized yarn and not very much money to buy more. I designed a few mitten patterns for holiday gifts and just kind of whipped them together. Over the next few years I started making a few socks and baby sweaters just based on gauge and measurement standards. 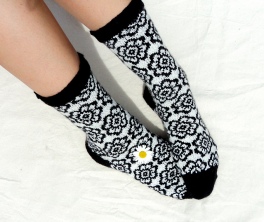 Nothing too fancy, just the basics. Then in the summer of 2016 I made these Daisy Socks and the rest, as they say, was history.

I got a lot of positive feedback on instagram and tumblr so I figured why not write up a pattern for them, how hard could it be? I already had the charts and the construction really isn’t that difficult to explain. I even found someone who wanted to test knit them (it only took her like five months to get around to finishing). I didn’t publish this pattern yet because I was hoping my test knitter would finish knitting, but in the mean time I was already working on another pattern. I ended up publishing two different patterns that October and decided to just go for it and publish the daisy socks without the test knitter in November. 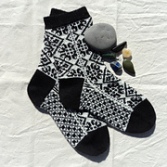 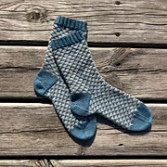 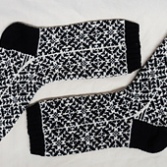 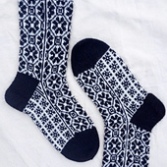 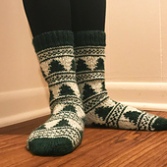 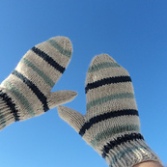 It’s been about a year since I started and I now have 13 patterns available on Ravelry. I honestly can hardly believe it- people I don’t even know making things that came directly out of my jumbled brain garbage. There are definitely aspects I need to improve on this year as I take designing into a more and more professional realm, but I’m learning things with each pattern and always working to get better.

Once I make it through the holiday knitting rush I’ll have time and hopefully be bored enough of vanilla-ass socks to start designing patterns for next year. I also have every intention of maybe getting an etsy shop up and running. Lucky for you guys, you’ll probably be the first to know all the new things.

Working with each designer's unique voice, for clear patterns and happy knitters.